Are you occasionally greeted with an unpleasant, irritating and pungent smell of rotten eggs when you open your tap or shower?

If yes, then you might probably be facing largely common bacteria known as Sulfur reducing bacteria.

As the name indicates these bacteria reduce the sulfur found in the water or on the ground and thrives on it.

Sulfur is a very common chemical found in the ground and in water. The bacteria uses sulfur as an energy source and survives in places with low-oxygen levels, that is why it is most commonly found in low-lying, damp and less ventilated areas like wells, pipelines, plumbing systems, drainage and sewers.

But the rotten egg smell which reeks from the water or faucets is the by-product of the bacteria. The bacterium creates a gas called Hydrogen Sulfide by breaking down organic materials. Because of its strong stench Hydrogen sulfide is also known as sewer gas. It is heavier than air, which is the reason why it stays in these low areas.

Where is the rotten egg smell coming from?

Before you start looking for a solution to this smell problem, the first step you must take is to find out where exactly the smell is originating from.

If you think that the smell is coming from only hot water, then the smell might be originating from the water heater tank.

To be sure of that, just switch on the water heater and collect some hot water in a vessel along with some cold water in a different vessel. Then try to identify which vessel gives out that strong stench of rotten eggs. If the smell is just in the hot water and not in the cold water or water from other faucets, then you have successfully pinpointed the water heater tank as your source of the foul smelling gas.

Why does only one faucet smell like rotten eggs?

If you feel that the smell is coming in just one faucet, irrespective of it being hot water or cold water, then you can follow these steps to identify the source of the smell.

If you find that water collected from only one or more, but not all have that smell, then you can be sure that the problem and source of the smell are just those faucets.

Rotten egg smell is coming from all the faucets

And lastly if you find the rotten egg smell no matter which faucet you use or what temperature the water is at. Then probably, your water source; be it a well or a municipal water connection, is contaminated with hydrogen sulfide gas.

City waters are usually treated with chlorine to disinfect it from some chemicals like sulfur. So the rotten egg smell mostly won’t be in these water systems.

It is mostly found in where the water supply is from ground water like wells. Especially in wells built in shale or sandstone or near coal, peat deposits or oil fields. Well waters are more susceptible and prone to these bacteria as the water is untreated by chlorine. The ground water picks up hydrogen sulfide and then it is released in the bathroom.

Scientifically, Hydrogen sulfide is a colorless, flammable and potentially hazardous gas that gives out a smell similar to rotten eggs. It is also a chemical asphyxiant. It is a risk to your health only when there are high levels of the gas in your water.

If not, then as far as your health is the concern, you don’t have to worry much about anything. On the other hand you will find many people and studies suggesting the health benefits of sulfur.

What you need to really worry about is how it affects the pipelines and other metallic things. It is usually found that hydrogen sulfide corrodes iron, steel, copper and brass.

It can also cause black color stains on your plumbing fixtures and other silverware. Washing and cleaning clothes becomes difficult as the gas decreases the detergent?s power. More than that, it can corrode the exposed metals in your washing machine giving you a real hard time.

Some people also say that sulfur can cause diarrhea and dehydration in infants. According to other reports, continuous exposure to low level hydrogen sulfide has been one of the contributing factors in increased miscarriage and reproductive health issues.

However in homes hydrogen sulfide is almost found in levels up to 1-5ppm, which poses no major health risks.

How do you get the sulfur smell out of your drain?

Now that you know the source of the rotten egg smell, the next step would be to test the water for hydrogen sulfide levels. On the basis of these two things will you be able to decide a perfect and specific solution for your problem.

You can always test the water manually or you can send it to the lab. The simplest way is to take a sulfur stick which looks an oral thermometer and place it in a glass filled with your tap water. Remember to break the ends of the stick before you immerse it in the water. It will soon start changing color at the bottom. In some five minutes the stick will tell you the exact level of the gas. 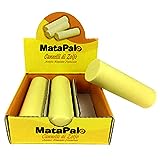 Manually testing water is mostly recommended when there is a smell coming out from only one faucet. But when the entire water source is giving away this gas, then you should probably call the experts.

After the source and level of the gas is determined. It is time for you to finalize a solution.

Chlorine treatment ? it is one of the ways in which chlorine is injected in the water and disinfects the gas method. It is a good disinfectant. It requires a contact tank.

Water softening- Water treatments like water softener with a carbon filter also works well. There are some household water softeners, but they are not the best solution because it may temporarily solve the problem, sometimes it gets clogged and doesn’t remove the sulfur.

Ozone filter – Ozone is also used, but it is not that efficient, you have to get a ozone generator. It can be very corrosive. It works on small amounts of sulfur.

Aeration – There is another way that is by aerating the water. It may not always produce good results.

People also suggest using baking soda and vinegar. The vinegar and baking soda cleans the soap residue and helps unclog the drains. Lemon juice will also have a good effect.

You can also Flush and drain the hot water heater every 6 months to get rid of this problem. And Clear your pipes and drainage system by just running water for 10 minutes.

These will help you solve the problem if the smell is coming from a single faucet, drain and the pipeline. Filtration systems will work well for the water source. Some even suggest trying to drill a new well with provisions for eliminating this gas.

You can also soften the water before it gets to the heater. As the heater heats it releases sulfur. In case if the problem persists, then you can disinfect your hot water heater with some hydrogen peroxide.

Let’s hope this rotten smell doesn’t stay any more of a problem for your house.